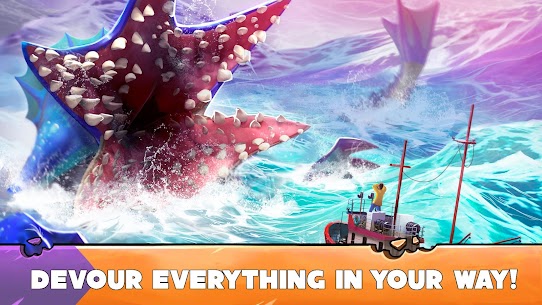 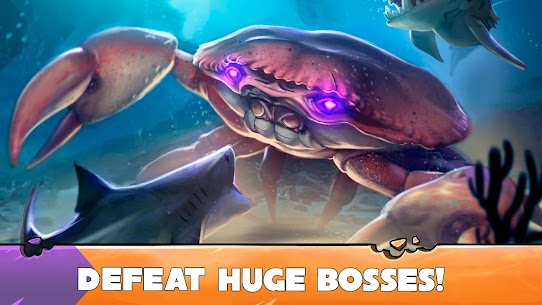 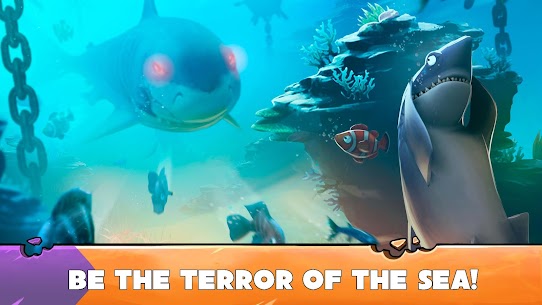 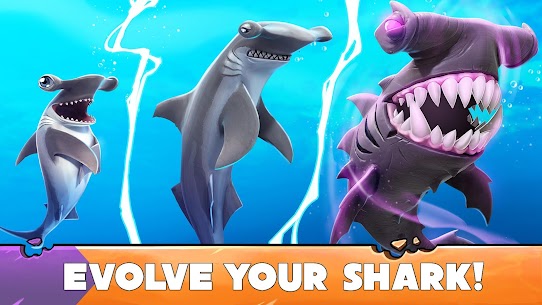 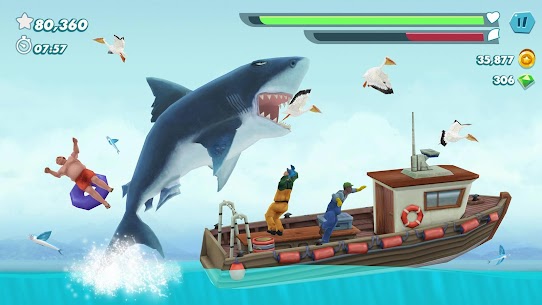 We’re the Official game for Shark Week – Welcome to Hungry Shark Evolution, a shark evolution adventure survival game in the ocean. Are you ready to become a predator and survive in this free offline mobile game? Explore the underwater world of sharks and evolve iconic sharks. 🦈🦈🦈🦈

Take control of a very Hungry Shark with mighty jaws and survive as long as possible by hunting and eating everything and everyone in your way! Dive into this shark game, where you will meet the shark that was merged with a T-Rex. Explore the underwater world and evolve sharks like the Great White and Megalodon! Feed and attack with your sea monster!

Become a wild eater! How does it work? Evolve until you’re the greatest predator of the ocean. It’s all about feeding and growing your shark. Survival is not an easy mission! Eat all kinds of fish, whales, birds, and people. Benefit from evolution, starting with the dinosaurs and be known as the frenzy man-eater in this shark simulator game!

A baby shark will help you survive! Make it evolve to unleash all of its powers. Game on! The open world is less lonely with a helper by your side. By the way, you can also play without Wi-Fi.

Being a shark is a hard job. It’s all about survival. You’re a predator, but you’ll need a little boost from evolution to help you dive and swim to the bottom of the ocean. Be careful! You might be a man-eater, but it’s not all fish down there: The meg might be hanging around.

Your travels can make you hungry, but you’ll find enough people in the sinking ships to evolve. After all, you’re a free man-eater! Bite – don’t be idle. Who knows what you’ll find! An evolution boost? New baby sharks? A water dragon? A fishing island? A dino? Explore the mysterious world of underwater animals and enjoy the beauty of non-Wi-Fi games! Take a bite of this shark game and join the evolution legends. 🦈

Do you like free offline games, games without Wi-Fi, dinosaur and shark attack? Navigate the waters diving with the hungry shark or jump out of the sea. It doesn’t matter if you’re offline while playing. Play without Wi-Fi in this shark simulator game!

In this shark evolution simulator adventure:
• More than a dozen unique fish, sharks, baby sharks, and other fantastic creatures to unlock and evolve.
• Explore an open world both above and below the waves as a hunter.
• Discover and devour wild animals from the deep with your shark.
• Recruit Baby Sharks and grow them to boost your predatory powers.
• Equip yourself with awesome accessories like Lasers, Jetpacks, and Top Hats!
• The open world offers you tons of bonus objects: online or offline!
• Feeding your sharks in this simulator game without Wi-Fi.
• The open world offers you regular in-game events: Feed your hunger and win limited prizes!
• Attack with intuitive touch or tilt controls.
• Play offline wherever you are – no Wi-Fi connection needed!
• Become an angry man-eater and evolve to unleash your power.
• Synchronise your game easily across Android devices.

Many adventures are waiting for you: survival in the ocean, exploring the underwater world, fishing, and much more. This is your best offline survival game: Play without being connected to the Internet! Compatible with Android 4.1 and above.

This app contains In-App Purchases that allow you to buy Gem and Coin currency that can be spent on upgrades and accessories. Gems and Coins can also be collected in game without requiring a purchase or by watching video advertisements from the Treasure screen. The advertising is disabled if you make a purchase.

This game contains ads and is playable without Wi-Fi. It’s also an offline game.

SHARK WEEK is back with a splash! Play special events & get the SHARK WEEK 2022 PACK! 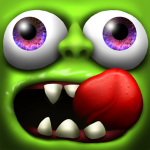 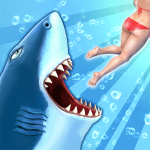 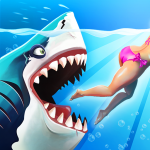